Remarkable times call for remarkable change. It's not enough to know a lot about a little, you need to be able to span boundaries and find opportunity in chaos, even if it means you having to risk destruction by breaking with the rules of the past. This is a blog of ideas that challenge conventional thinking about people, technology and the rules that got us here.

Free, as in tears - 7 lessons from my own open source infrastructure build

Just to be clear, I love open source software. It really is the most awesome thing ever. I think Richard Stallman has been a force for awesomeness in our world (you could argue that you wouldn't have the Android or iPhone without him) and that there's much our children can teach us about how our culture and economic systems will evolve in the era of digital natives. Look into Creative Commons if you haven't already.

But, it also drives me nuts and I'll think twice before supporting my own systems again.

You've probably all heard the arguments (you might have even been representing the case for the affirmative), "it's free (as in speech), widely supported by a community and we even have the source code, so we can debug our own problems! Why would we waste money buying packaged software/services from a vendor?!"

Heading to your local "app store" might only further embolden you, look at all the great stuff there that's "free".

But if my experience of the last few months are anything to go by, it might be free, but "free as in tears", not "speech" and definitely not "beer" with real consequences for enterprise IT leaders planning the future of their services, staffing, technology and vendors.

How do things go viral? A brilliant webcast by Maksim Tsvetovat

Despite the frequent use of the term "going viral", I believe that few people know exactly what that means in scientific and/or practical terms.

I compose the following info graphic using the brilliant new visual.ly service. While the info graphics are by their nature formulaic, I believe that along with services like Narrative Science's incredible journo "autobot" the very idea of what it means to create content is changing. How long before we pay robots to read it for us too?

So many good things have been written about the launch of iPad Mk III, almost all of it justified, it's fair to say that the fruiterers from Cupertino have pulled off a minor engineering miracle in assembling a device that, along with the already existing iPhone 4, establishes the benchmark for what we will then demand from the market as a whole. I only wish I owned shares in a flat panel display company right now (let's hope that my 401K manager has done their homework!).

What was interesting about Apple's keynote two weeks ago was not what they announced, but a sidebar comment made by Apple marketing VP Phil Schiller prior to the demo, which paraphrased was 'the projector we have cannot fully resolve what you see on the screen of iPad' (jump to the keynote replay and fast forward roughly 00:20 in to hear it from Phil's own lips).

While he seemed to blow by the comment without a second thought, in my mind, you could hear a pin drop. I stopped listening to the demo of the new, newness and instead felt my mind drifting to the changes happening in the video production world when it occurred to me that we probably should be planning to quadruple our plans for compute, bandwidth and storage - especially if you're in the content business.

Part of what stunned me about Phil's throw away comment is that it wasn't actually true. "What?!" I hear you ask, a marketing person engaging in hyperbole? Never! :-) To help explain my claim, you might want to settle back in your seat as I catch you up on the changing world of content -where it's been, where we are now and importantly where I think it's going.

Filthy lucre and why I switched on Google advertising

Some of you might have noticed that I switched on Google's built-in advertising today and might even be wondering why I did it or disappointed that yet another small corner of the internet has been polluted with people pimping their produce.

Email ThisBlogThis!Share to TwitterShare to FacebookShare to Pinterest
Labels: marketing

Too many bad slides!

I've recently been on a customer seminar tour spanning all of our regions and I (re)discovered a disturbing trend - our presentations are awful and our presenters are frequently ill-prepared or worse treat their presentations as a sermon versus a dialog. 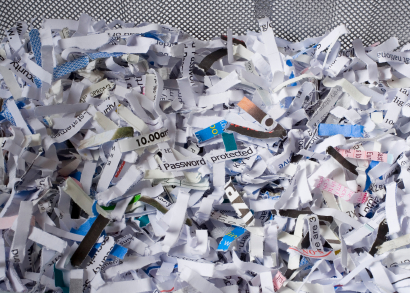 The content for two of the most recent events I attended was so incredibly bad that it was all I could do to stop from poking myself in the eye with a nearby chopstick (one of the dangers of doing business in the Asia-Pacific is that sharp objects are too easy to come by). The very worst part of those experiences was that only one person came up to me afterwards and asked me how they could improve, and I suspect that was because they sat next to me while I ranted about the people who went prior.

While each coaching moment is different, there are a few rules I have found that have helped me when driving a presentation session that have always helped, starting with;

Dedicated boundary spanners that are not already subscribing to FastCompany's Co.Design email digest need to get on it right away. Yesterday's issue contained a great article about how GM are using LEGO to track defects on the production line, the visualisation of which reminds me of a kanban board.

Persons or places of interest

Get your own Widget